Dr. Mueller is a native of Columbia and the Monroe County area. He grew up on a grain and livestock farm in that area and after graduating from Waterloo High School, attended the University of Illinois at Champaign/Urbana studying animal sciences. He continued his studies there in Veterinary Medicine and graduated in 1993. He has been in full-time private practice ever since. The first 2 years he operated in west-central Illinois, in Pike county and in 1995 he moved to Monroe county to continue in mixed animal practice.

Dr. Mueller has a strong background and interest in large animal production medicine as well as equine but is very well versed in all species. He stays busy not only with his practice, but his wife and two boys at their farm in the country. His hobbies include outdoor activities like hunting, fishing, and camping as well as playing music in several local groups. 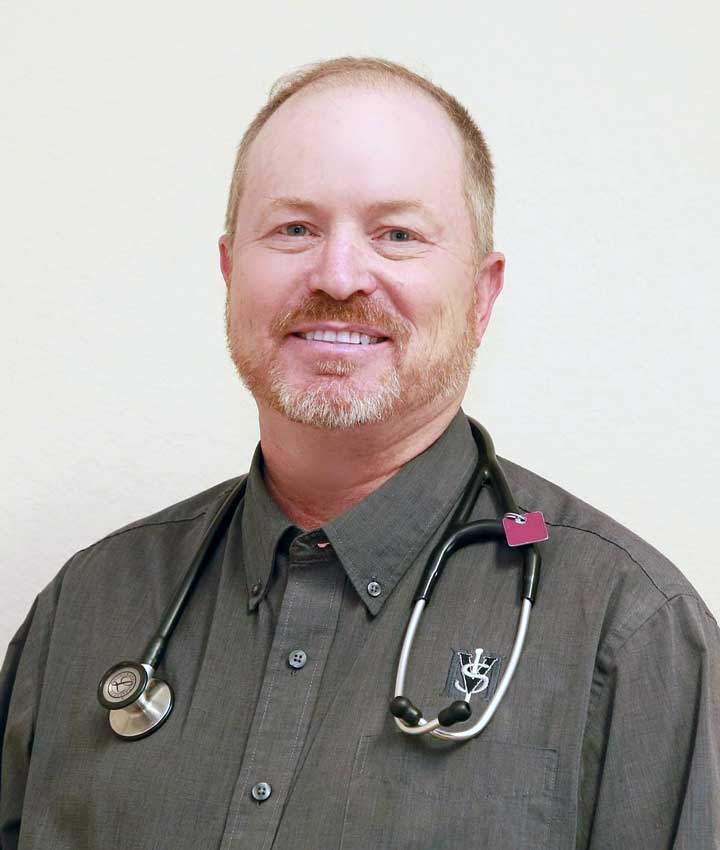